Soren Kjeldsen and Fabrizio Zanotti battle it out at British Masters 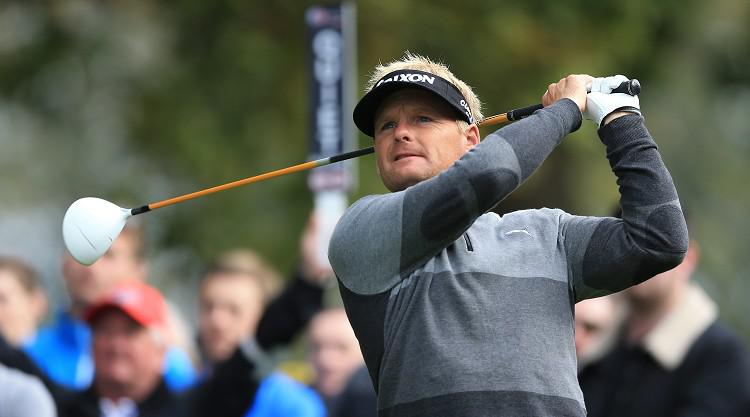 Denmark's Soren Kjeldsen and Paraguay's Fabrizio Zanotti shared the lead heading into the closing stages of the British Masters on Sunday.

Both players began the final round a shot off the lead, but carded four birdies and one bogey each on the front nine of the Marquess course at Woburn to move to 14 under par.

That was two shots ahead of overnight leaders Matt Fitzpatrick and Kiradech Aphibarnrat, the Thai player recovering from bogeys on the first and second with birdies on the third and ninth.

Fitzpatrick, who is seeking his first European Tour title in his rookie season, had bogeyed the third after failing to get up and down from a greenside bunker, but the 21-year-old bounced back with a birdie on the next.

Ireland's Shane Lowry was a shot further back with eight holes to play, with former world number one Luke Donald another shot back on 10 under.

Donald, whose last European Tour title came back in 2012, had been within a shot of the lead after chipping in for birdie on the fifth, but was unable to save par after missing the green on the par-three eighth.