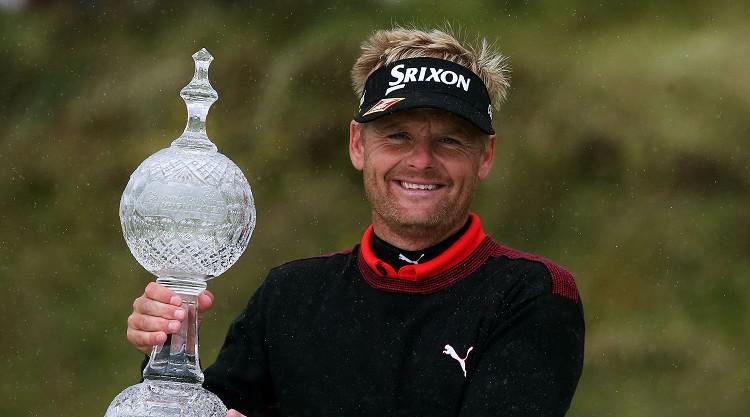 Kjeldsen, who ended a six-year drought by winning the Irish Open in a play-off on Sunday, began the third round six shots off the lead shared by 18-year-old amateur Marcus Kinhult and fellow Swede Jens Dantorp.

But when play restarted at PGA Sweden National following a two-hour delay due to the threat of lightning, the 40-year-old got off to a flying start with birdies at the first, third, fifth and sixth.

That took the world number 105 to within two of the lead on seven under par alongside England's Callum Shinkwin, who had covered the front nine in 33 and picked up further shots on the 11th and 12th.

Pre-tournament favourite Henrik Stenson was also making progress in his search for a first European Tour title on home soil, the world number four making an eagle on the par-five first and birdie on the second.

A bogey on the fourth slowed Stenson's charge but after a run of six straight pars, the Ryder Cup star birdied the 11th to move to five under par.